History of the Liberty Bell

Original owner: Provident Federal Savings and Loan 1976 Justin Kramer commissioned the bell, first with commissioning the mold and then the final casting by the Paccard Bell Foundry, Annecy, France. The bell was transported from France to the United States and mounted to a trailer designed to be pulled by a team of miniature ponies complete with Flags. The Bell then toured throughout southern California in many Bicentennial Parades. It’s last official event outside of it’s permanent display was the Hemet’s Christmas Parade. The Bell was purchased by Liberty Real Estate in June, 1977 and placed on permanent display in 1979.

BELL SALE – Provident Savings & Loan Association Manager Warren Miller, right, delivers the Liberty Bell replica and title to Jesse Petton, left, and George Petton of Liberty Real Estate. The 2080 pound bell was cast for Provident Federal for the Bicentennial activities and will become a permanent outdoor display for Liberty Real Estate. The bell will be a central theme for Liberty’s new office on East Florida avenue. But the touring package will be retained, permitting use in parades. Liberty purchased the bell after negotiations with the savings firm. 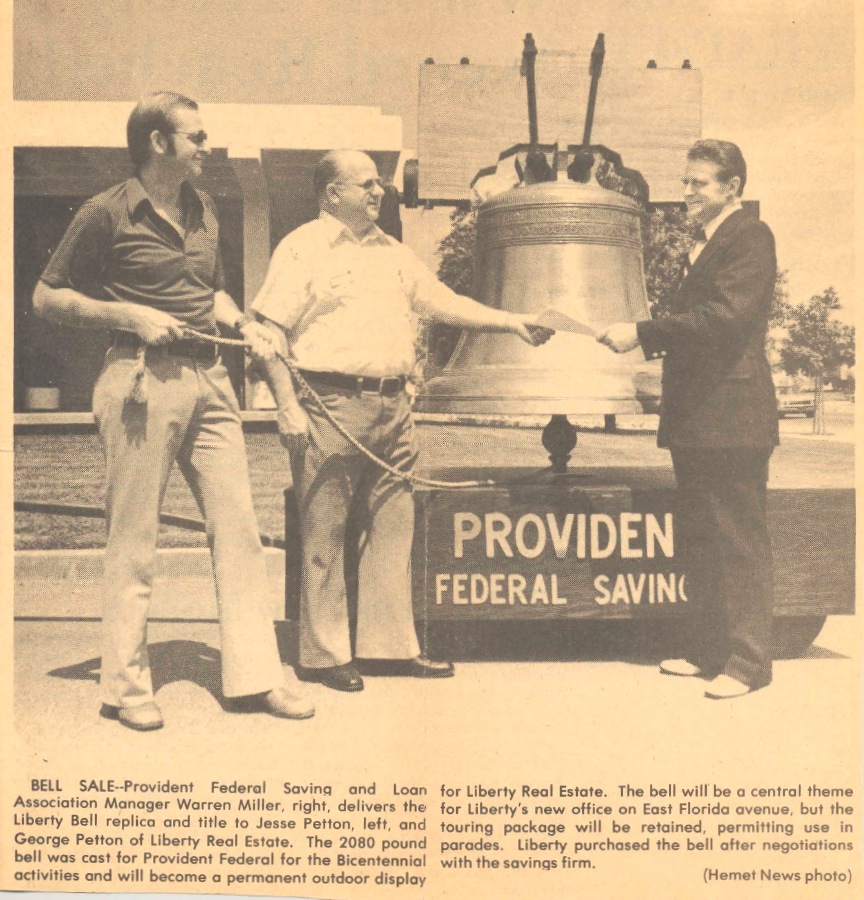 We help Buyers and Sellers

Call Liberty Real Estate today for a list of properties or to get your house listed.